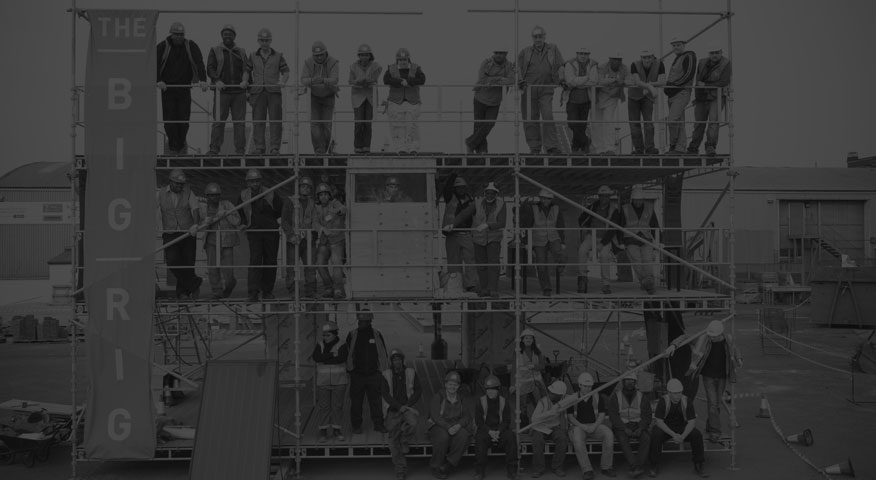 In conversation with Sabine Pusch, Chris Wise reveals that the Millennium Bridge would play the opening chord of ‘The Girl from Ipanema’ if we just had big enough ears to hear it. He then muses on the sounds that buildings emit as they move; perhaps he’s opened up a whole new field of structural engineering?

Please click the link below to hear the podcast:
ipanema_1_mixdown.mp3The Bridge from IpanemaIn my innocence I agree to speak on the cultural crossovers between Engineering, Architecture and Music. I will be in a trio with Ranulph Glanville, architectural theorist, and Michael Bochmann, violinist. Michael will bring his string orchestra, the Water City “band”, so we dovetail with quite a posh concert. But my little part causes me considerable soul-searching. For this is all to take place as part of their cultural embrace of the London Festival of Architecture in the Great Hall of the Institution of Civil Engineers. Not a venue where fools are suffered gladly.

I meet Ranulph for breakfast near the Festival Hall, and over scrambled eggs we decide to blindfold the concert audience in the drinks break and ask them to wander about chanting pure vowel sounds…..so that they can really tune themselves in to each other and to the great architectural spaces through which are moving. Reverberation, grand architecture, humans….the links should all be marvellously clear. Three days later our jolly wheeze is ruled out by Health and Safety, so we are left with nothing but the chance to ruin a perfectly good concert with our unrehearsed ramblings.

Then I remember other bits of musical engineering interaction; the late lamented engineer Tony Fitzpatrick and I once called the bluff of some eminent property developers on how train rumbles might affect their buildings over railways. We advertised a physical demo of the rumbles…. Everyone arrived at a big conference room we’d furnished with an impressive hi-fi and some giant loudspeakers, which were all switched off. Out of sight, turned on under the table was a springy lump of steel which magnetically shook with recordings of real trains. The lump was so big that its wobbles could set off a harmonic response in the floor and the walls.

After a rather fine discussion about acoustics and the technicalities of human perception. someone said “I’m fed up with mumbo-jumbo…..when are you going to start the train vibrations?”. Of course, from the moment he walked in the unseen steel lump had been shaking both him and the floor and he hadn’t felt a thing.

Chris Manning the acoustician then explained how the walls, floors and volumes of a building could be a musical instrument…. just like Michael Bochmann’s violin.

Natural harmonics, from atoms to tides, walls to bridges to violins. When we walk, each foot comes down about once a second. Our resting heart pumps at about a beat a second. Most natural things have a fundamental rhythm, and some, say a hummingbird or a Ferrari engine, a vibration so pure that they make a recognizable musical note..I found myself thinking, if only our ears were as big as parachutes, we could “hear” the built environment and wouldn’t that be quite something?

Here was a cue for the cultural crossover. Take the Millennium Bridge, from my own past. Arup’s seminal paper gives three fundamental wobbling frequencies, one for each span, which I convert into very deep musical notes. Eight octaves below middle C, way below the threshold of human hearing, you’d need a violin the size of a battleship to play them.

Play those same notes in a higher harmonic and we can hear the natural voice of the bridge. Michael Bochmann lent me his double bass player who played the first note, the pure vibration of the north span….which turned out to be a very very low C. A whale in Antarctica wrote in to complain. Then a cello played the south span, a G. You may know these are harmonically linked as part of a C chord, but surely that’s just a fluke. What would the middle span do…..could the bridge complete the chord with an E, or would it dissolve into a discordant racket? Logic said it should be a discord. Another cello played the note….and it wasn’t the rest of the C chord, but a B.

Then they all played together, and at that moment the beauty and exquisite irony of the natural world and our interaction with it were revealed. For if you add B to C and G, you don’t just get a boring old C chord (like the first chord of the national anthem). Instead, the B turns it into the chord of C major seventh. In our culture, we hear that as jazz, but it’s even more popular in Latin dance….in tango, samba and mambo. So there we are in the Institution’s Great Hall…the strings playing the natural sound of the Millennium Bridge, a great all consuming Cmaj7th chord. Over the top of it, Michael Bochmann plays “The Girl from Ipanema” on his ancient violin, the ode to Brazilian girlhood, the audience sway, and all is well with the world. How appropriate, after all its troubles, that the Millennium Bridge is not just wobbling, it’s singing a bossa nova.