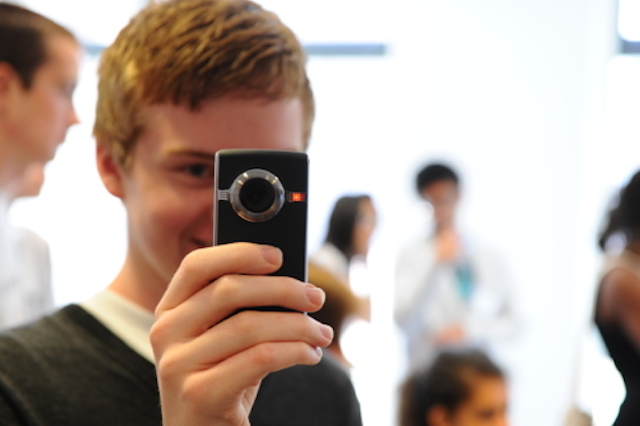 Think Up was approached by the British Council to design a communications and media skills workshop for participants on the 2010 Global Fellowship.

The Global Fellowship is a Department for Education initiative which sends 100 promising young adults to Brazil, India and China to learn about the global economy. On their return the Fellows are required to communicate their stories to their peers and communities through creative means. The workshop, run by media professionals, was designed to give them the tools to do this, as well as teaching them how to handle hostile or negative interviews with the media.

Held at the British Council offices in July, the intensive one-day event was co-ordinated by Think Up associates Sabine Pusch and Oliver Broadbent. Sabine brought her 20 years’ experience in broadcast media to bear, ensuring that the core skills needed were taught to the highest standard. In order to maintain the classic Think Up style of hands-on, participative learning, the workshop was designed as a series of ‘carousel stops’, where smaller groups each concentrated on the following elements: storytelling (how to structure a good story); interview skills (the art of a good interview and how to deal with difficult questions); photographic techniques (how to use a video and stills camera), and editing skills (how to hone the recorded material into an entertaining and informative piece).

The finale of the training workshop was a ‘press gaggle’, inspired by the US TV series The West Wing. During this session, half of the group played the role of an aggressive press corps in a staged press conference, while the other half attempted to answer their questions. The aim was to give participants further practice at handling hostile media situations as well as encouraging them to think more like a journalist when approaching their own pieces.