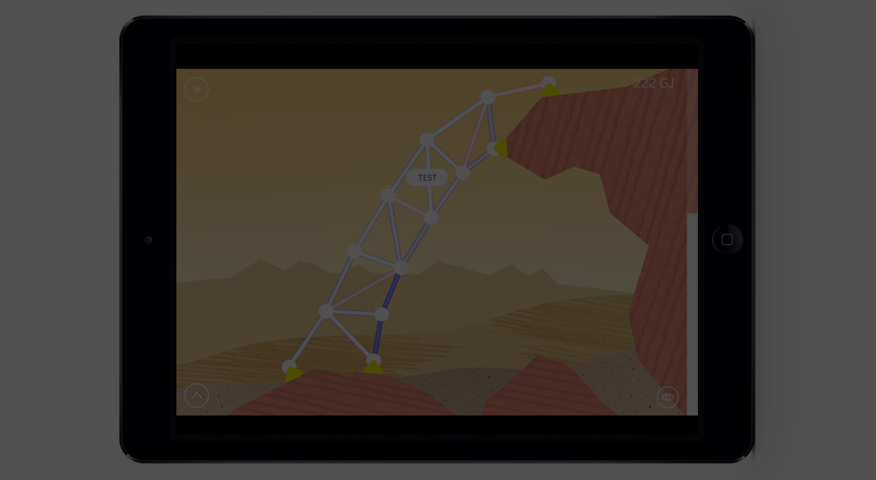 We are very excited to announce the release of a significant new update to Make A Scape, our structural engineering game. Now live on the App Store, Version 1.1 is packed with new features that improve game play and increase Make A Scape’s power as a teaching tool.

In Make A Scape, players use structural engineering principles to help the Sketch People rebuild their destroyed civilisation. We gathered lots of feedback from users of the first release of the game, which has enabled us to build in several major improvements.

The proving ground is a significant new addition to Make A Scape because it can act as a ‘sandbox’ in which students can hone their structural analysis skills, and teachers can demonstrate specific principles. Over the next few months Think Up is working with lecturers in five different universities to develop guidance notes on how to use this feature in their teaching. If you would like to get involved then drop us an email, send us a message on Facebook or Tweet us.